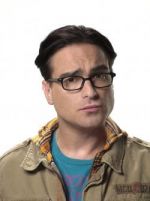 Originally from New Jersey and a graduate of Princeton University, I am an established scientist with a vast knowledge of theoretical and experimental physics. I am currently a Senior Experimental Physicist at Caltech, mainly working with high-powered lasers. I received a dissertation of the year award for my doctoral paper on Experimental Particle Physics and have been published in several peer-reviewed journals. I was also awarded The Newcomb Cleveland Prize of the American Association for the Advancement of Science (AAAS). My scientific research has varied from Bose-Einstein condensates and fundamental tests of quantum mechanics to soft cosmic rays at sea level, cosmic radiation, and dark matter.

My interests outside of work include, the cello, Klingon Boggle, comic books, video games, The Lord of the Rings, Star Trek, Star Wars, Battlestar Galactica, Superman (among other super heroes), and other Science Fiction related media and content.

Keynote Speaker at an Institute of Experimental Physics Conference

I was invited as keynote speaker to a topical conference by the Institute of Experimental Physics for my successful research on spatially ordered materials with superfluid properties, a.k.a, super solids.

Since Stephen Hawking was familiar with my research, I was invited to join the professor's team, which sent an expedition to the North Sea to test hydrodynamic simulations of black holes. I spent a period of four months looking into the possibility that one could find the equivalent of Unruh radiation in a large body of water, as the similarities of the equations of general relativity and hydrodynamics suggest.

Along with Doctor Sheldon Cooper, I co-authored a paper entitled "Paradoxical Moment-of-Inertia Changes Due to Putative Super-Solid," which was presented at an Institute for Experimental Physics topical conference on Bose-Einstein condensates. When Dr Arthur Jeffries wrote a paper on nano-vacuum tubes, he asked me to review it and then collaborate with him on experimental testing of his hypothesis.

I was also awarded The Newcomb Cleveland Prize from the American Association for the Advancement of Science (AAAS). This is an annual award given to author(s) of outstanding scientific papers published in the Research Articles or Reports sections of the "Science Magazine."

Dissertation of the Year Award

I was awarded the Dissertation of the Year Award for my doctoral paper on Experimental Particle Physics at Princeton University.